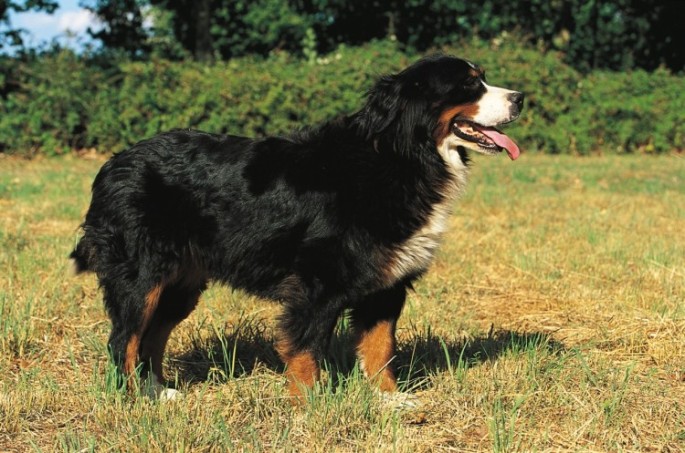 Another time, another life

Quick look at the morning schedule: eight timing of ovulations, one sperm collection… It was going to be a « normal » consultation day for me. A « classic » Monday morning when working in the department of assisted reproduction at the veterinary school of Alfort, Paris.

Everything went really smoothly. Clients were all on time, all the patients were healthy and had no history of infertility, the semen collection was done in less than a minute… Definitely a very easy start of the week. It could have been an uneventful morning. But there was one consultation left, at 1230pm. I didn’t know it yet, but this last one would bring a rush of adrenaline in our department.

I would however never have guessed it when the client showed up, on time again. The students let him enter the consultation room and we shook hands. I knew him well. After spending several years in this position some faces do become familiar. We started the usual chat about the bitch he was bringing in for timing of ovulation: how old is she ? how often is she in heats ? was she previously bred ? when did she start her season ? any health concern known ? etc, etc. All those questions are of importance because the answers would help me detect something unusual. But here again. Uneventful answers: 3 years, every 6 months, she is a primiparous (= she has never been bred), she started 6 days ago, no health issues reported… Everything looked perfect. « The male is in Germany, he told me. That’s why I start the timing earlier than usual. My guess is that she will probably ready in 10 days from now. »

I smiled at him: «  Well, I will tell you that. That’s why we do progesterone for, right? » Timing of ovulation using progesterone assays indeed remain the most accurate & practical technique to determine the day of ovulation in canine species. That will help us determine the perfect window of fertility for this bitch. Which was of the utmost importance for our breeder here, because he was going to Germany (a very long drive for us French people!) and he knew he would only be allowed a single breeding (more information on timing of ovulation in general here).

After collecting the blood sample on the bitch, we let him go. We would phone him later for the results. We took the sample, centrifugated it, collected the plasma and put it inside our progesterone machine. Our assistant pressed the launch button, and we were off for lunch. We would have the result when we would come back in an hour.

And when I looked at the progesterone result of this bitch an hour later, what a surprise : she had already ovulated ! It could have been one, maybe two days ago, hard to tell for sure (read this blog to understand why), but I immediately called the breeder. If he wanted to breed his bitch, he would have to do so as quickly as possible! When I had him on the phone, he could not believe it! He stopped everything he was doing, jumped in his car, drove 1,000km and had the bitch bred on the next day very early in the morning. I saw him again 3 weeks later for a pregnancy diagnosis: I put the probe on the abdomen… which revealed at least 6 heartbeats. Great, isn’t it?

The story however does not end here. A year and a half later, he visited us again with the same bitch. He was going to breed her in Germany again. This time however, he did not want to take any risk. « Last time I nearly missed her. This time I will anticipate, he told me. She must ovulate early in her cycle. » Before I asked, he told me: « She started her season 4 days ago. And I’ll wait here until you gave me the result. » The result came back an hour after: she was very low in progesterone. « We’ll see each other in 4 days, I told him. » Four days after, he came back and again, waited in the consultation room, a little bit anxious, believing he would have to drive her very soon to Germany. The result came back. She was still low. There was nothing to worry about from what I could see, so I told him: « We will see her again in 4 days. Don’t worry. » Days went by… and 28 days after this bitch started cycling, her progesterone started to rise. She ovulated on day 30 of her heat cycle. She was bred on day 32. She got pregnant and gave birth to 12 puppies.

Read the rest of our blog here

One thought on “[BLOG] One cycle does not look like the next : a progesterone story”